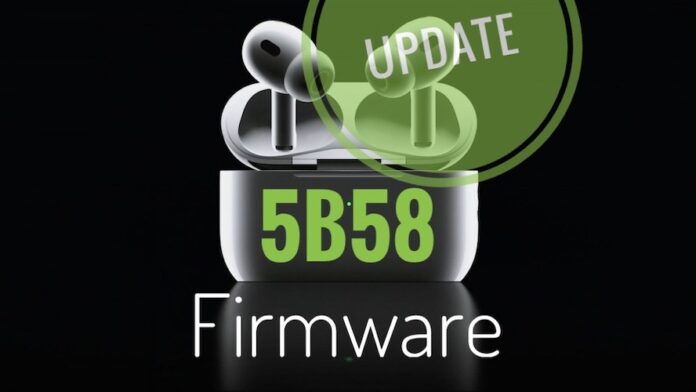 Apple has released AirPods 5B58 firmware update for the AirPods Pro 2 with the classic ‘bug fixes and other improvements’ release notes. New features, issues fixed as well as new problems have to be uncovered through updating and testing. 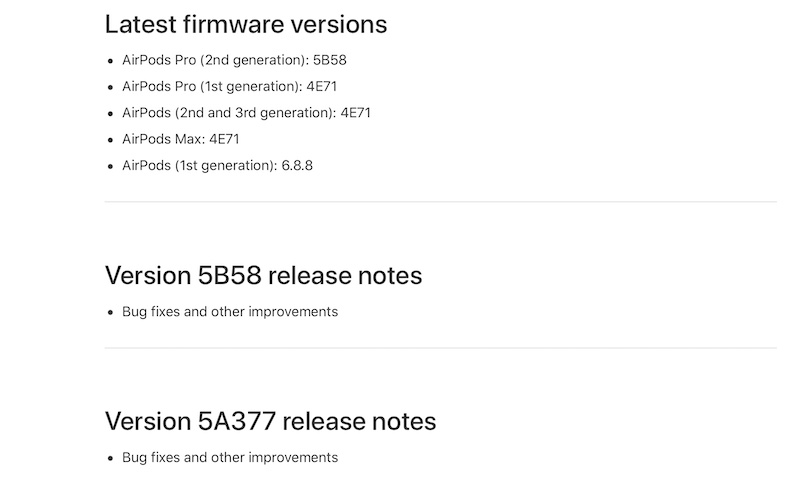 This is the second firmware update for the 2nd gen AirPods Pro. The first one, build number 5A3A77, was released almost two months ago, on September 22!

AirPods firmware updates are installed automatically. However, you can force the update if you apply the following tips:

AirPods 5B58 Firmware Not Available?

Before you try to force a firmware update, we highlight once again that this update is only available for the new AirPods Pro models that have been released by Apple this fall! Older AirPods won’t be able to download this version.

Apple labels this as a bug fixing and other improvements update in the release notes. Changes spotted by users in this release are highlighted here:

New issues reported for this version are listed here, together with available workarounds:

AirPods Pro 2 problems addressed in this release are mentioned below:

Have your AirPods Pro 2 updated to firmware 5B58? Do you notice any changes? What about bugs fixed or new issues? Share your feedback in the comments!