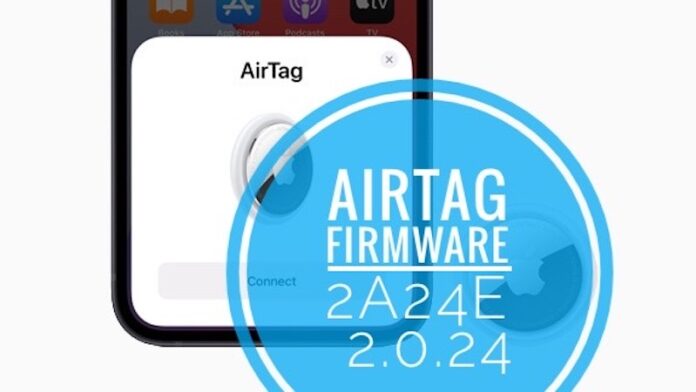 Apple has released 2.0.24 firmware update for AirTags with build number 2A24e. We couldn’t find any release notes available. New features, bugs fixed as well as new problems have to be discovered through testing and reporting.

At the time of writing, there’s no official confirmation in Apple’s support document about firmware updates for your AirTag. The last confirmed update being firmware 1.0.301

According to Youssef S., this new version has been currently release for only 1% of AirTags. The Firmware 2A24e release schedule looks like this:

AirTags update firmware, over-the-air automatically. However, you can force an update by making sure that the ideal update conditions are met:

How To Check AirTag Firmware Version 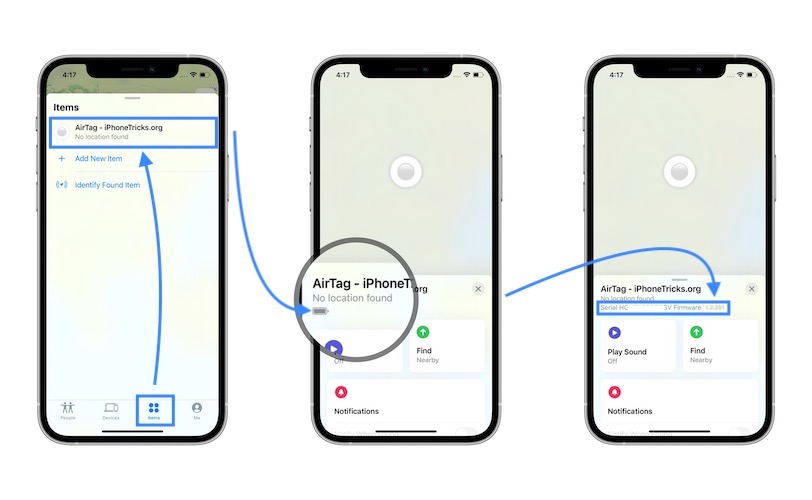 You can find out if your AirTag has updated to firmware 2.0.24 in the Find My app:

Changes spotted in this version will be updated here.

Have your AirTags updated to firmware 2.0.24? Do you notice any changes or issues? Share your feedback in the comments.

Related: Apple has also released a new firmware version for AirPods 2, 3, Pro, Pro 2 and Max. It’s labeled AirPods 5B58 and you can read more about it here.