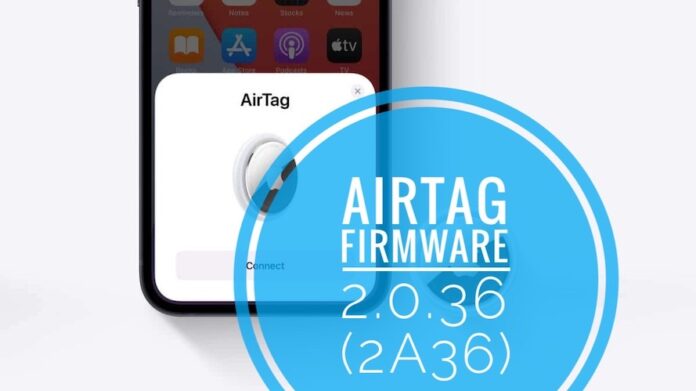 As usual, this update will occur over-the-air when it becomes available for your AirTag.

You can encourage your Apple tracking device to update by performing the following steps:

How To Check AirTag Firmware Update

You will know if your tracking item has been upgraded to the version by checking its firmware:

There’s no info yet about changes coming in this new firmware.

We’re expecting Apple to publish release notes for firmware 2A36 but the support document dedicated covering the update log, is yet to be updated. It still shows version 1.0.301 as the most recent one.

We will update this section as soon as more info is available.

Problems reported for this version are tracked here:

Has your AirTag update to firmware 2.0.36? Do you notice any changes, bugs fixes or new issues? Share your feedback in the comments.

Related: Getting AirTag Safety Alert on iPhone? Here is how to handle it!