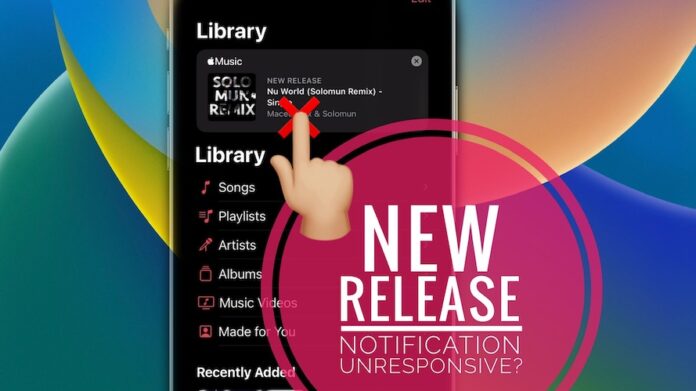 Apple Music New Release notification unresponsive in iOS 16? You’re notified about new music but the notification is not clickable in the Music app? Issue persists in iOS 16.2 and 16.3 beta?

This issue has been reported by Gianna:

“In Apple Music notifications about new releases can’t be clicked! Is anyone else experiencing the same?”

We could replicate this issue and also found similar complaints on Reddit:

“This new release suggestion in Apple Music is unclickable.”

We’ve also reported this bug to Apple. If you plan to do it too please use the same feedback no: FB11887859.

Until Apple addressed this glitch in an upcoming software update (or server-side) the obvious workaround is to use the Apple Music Search feature: 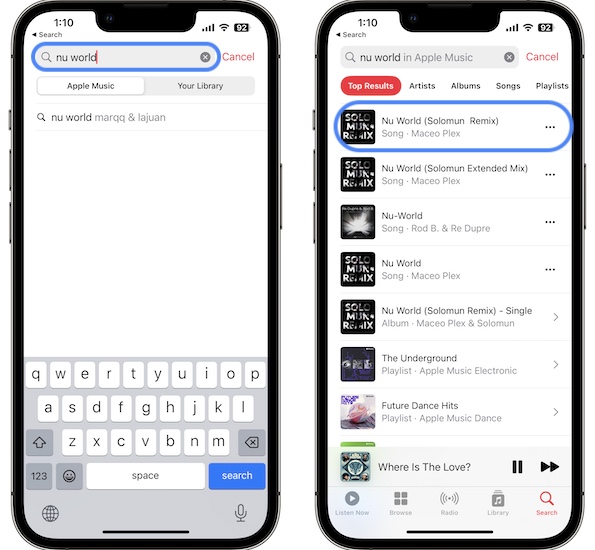 Have you managed to fix new music release notification not clickable on iPhone and iPad? Do you have a better solution or other problems to report? Share your feedback in the comments!