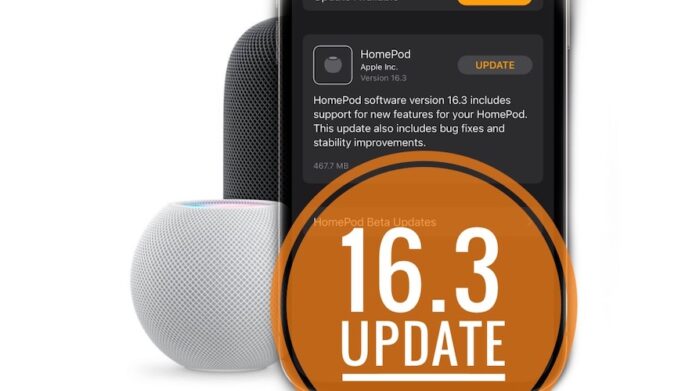 Considering that this version was delayed, do check problems reported by users before going for the update: 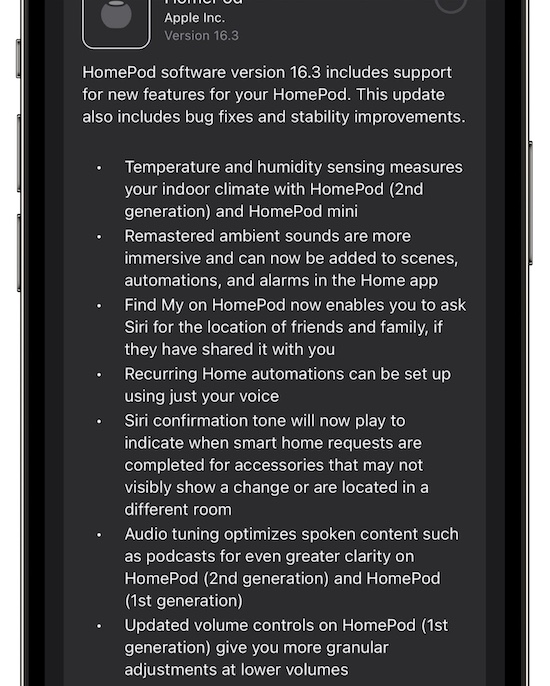 According to the release notes the following improvements are included:

Other changes reported in this release are mentioned here:

This update is available, over-the-air, in the Home app. To get it you need an iPhone, iPad or Mac running iOS 16, iPadOS 16, macOS Ventura or later!

Fact: Be patient until this test version is downloaded, verified and deployed on your device!

Have you installed HomePodOS 16.3 on your smart speaker? Do you experience any problems or discovered changes that are not mentioned in this article? Use the comments section!