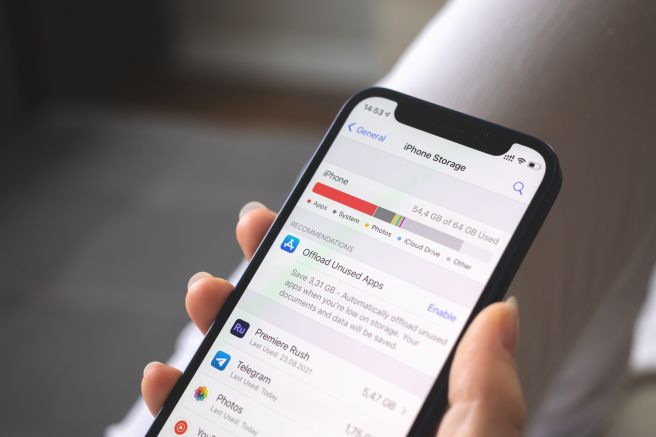 On iPhone and iPad, system data is utilized to track storage consumption, which is a simple affair. iOS provides a very good storage section that breaks down consumption allowing users to see how much each category (apps, media, photographs, iOS, and more) has taken. The color of each category reflects how much space it has taken up.

If you’ve ever wondered what System Data is, it’s basically anything that does not fall under one of the categories listed on the iPhone and iPad app. Storage is all the things that you can’t delete from your iOS device, like translations and other apps, data that you store in your Keychain and elsewhere, and the data that Apple stores when you upgrade your device. This is basically is a collection of various files and folders on an iOS device.

However, one of the main offenders is the data we stream. When we listen to music, watch movies, or watch videos, we are contributing to the system data or other storage. If you were to download these, they would go in the media area instead. When we stream, though, iOS saves caches, particularly of the songs or films we play the most, to ensure smooth playback. Data from browsers and other apps such as Twitter, TikTok, Instagram, and others are likewise cached.

Although iOS is responsible for handling this System data so that it does not cause problems, it frequently does so. If you’re watching a movie, for example, the cache should be erased as soon as you finish watching it. But it doesn’t always happen. And this is how System Data gets out of hand.

Luckily, there are several methods for deleting System Data on iPhone and iPad. While it would have been preferable if a dashboard existed to rapidly examine and clear all types of system data, there are plausible alternatives that get the job done. Of course, the entire procedure is time-consuming and requires some perseverance.

It is advisable to clear app system data on a regular basis. Otherwise, the massive accumulation of cached data causes difficulties such as unpredictable crashing, freezing, unexpected sluggishness, and even battery consumption. Fortunately, most apps allow you to remove the cache directly from their settings.

Clearing the cache from some programs will help you get rid of some System Data storage. When you look at the storage used by an app, you’ll notice that the program’s size is much smaller than the entire size. Though the rest of the space is dedicated to documents and data, there is also a cache for the app.

Although there is no direct way to remove app cache in iOS, the process is not insurmountable. Offloading an app does not destroy the app’s documents or data, but it does delete the app cache.