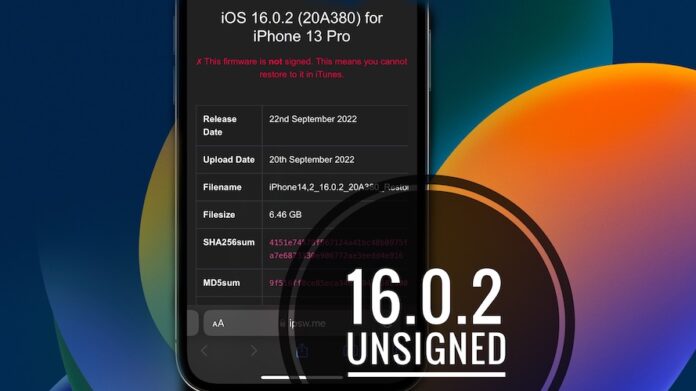 Apple has unsigned iOS 16.0.2, one week after the release of iOS 16.0.3. This means that you can not restore the previous version in Finder or iTunes anymore. Nevetheless, iOS 15.7 is still signed, which means that you can still downgrade to iOS 15!

The only signed iOS 16 version available for restoring in Finder (Mac) or iTunes (Windows) are the current iOS 16.0.3 and the iOS 16.1 beta versions (Developer and Public).

However, based on our own tests and feedback from our readers, iPhone 8 and later models up to iPhone 13 & 13 Pro can be also restored to iOS 15.7! It’s the only iOS 15 version that’s still signed!

Info is not confirmed by IPSW tracking websites, however iOS 15.7 still shows up as an optional upgrade on our test iPhone 12 Pro device. This means that iPhones compatible with iOS 16, can still be downgraded.

Are you encountering any bugs and glitches in iOS 16.0.3 that make you consider downgrading? Share them with us in the comments and we might be able to help out.

Related: Our extended iOS 16.0.3 review already highlights issues reported for this version alongside with available fixes and workarounds!