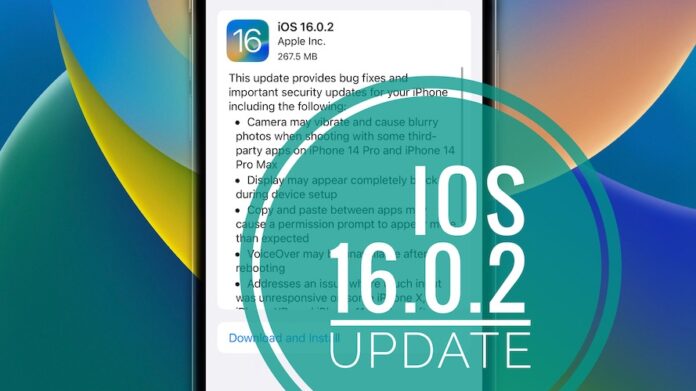 Posted in Reviews, News by Patricia on September 22, 2022

Apple has just release iOS 16.0.2 build number 20A380 for all compatible iPhone models. This is a small-sized but very important first update that fixes many annoying iOS 16.0 bugs and errors! 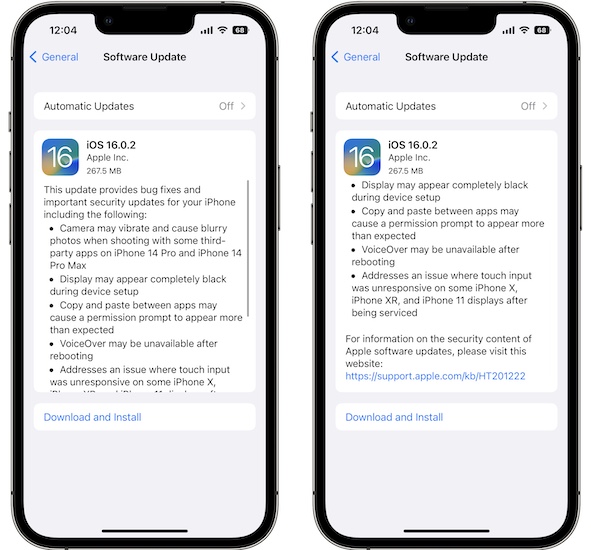 According to the release notes there are 5 issues addressed in this release:

Apple might have addressed other problems too, as we had over 15 reported issues on our iOS 16.0 review page. If you notice any other fixes don’t hesitate to share them in the comments and we will update them here:

New errors and issues encountered in this release, along with available workarounds, are listed here: 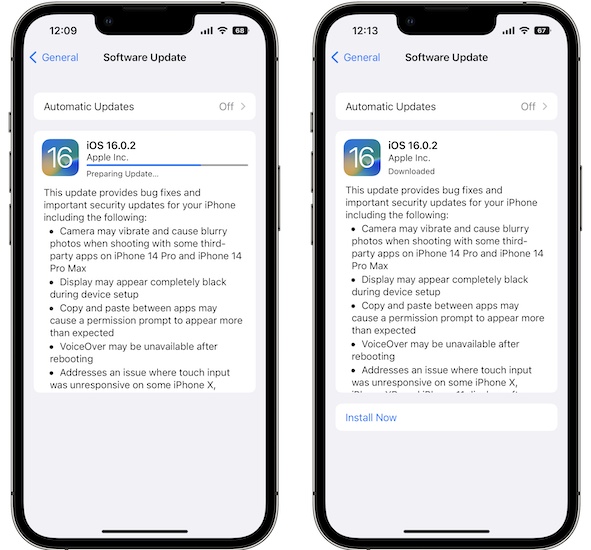 You can install this release, over-the-air in Settings -> General -> Software Update!
Tap Download and Install and be patient until the update is requested, downloaded, prepared, verified and installed on your iPhone!

If you’ve already updated to an iOS 16.1 beta version, this release won’t show up even if you delete the iOS 16 Beta Profile and reboot your iPhone.

You have to downgrade if you want to switch back to this public release!

More: If iOS 16.0.2 shows up but you encounter other errors like Software Update Failed tap here to get the fix. The same goes for the Unable to Install Update error!

Apple hasn’t mentioned any other changes and we don’t expect any new features. Nevertheless, if changes are reported, we’ll share them below: 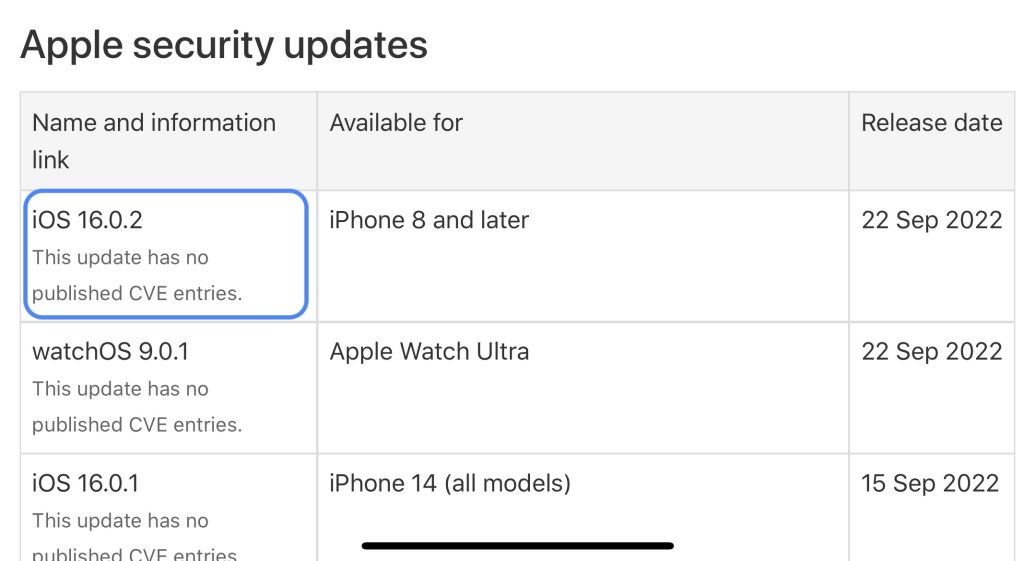 Apple also mentions important security updates in the release notes. However, at the time of writing, there are no published CVE entries on the appropriate Apple.com support section.

We’ll check back later for updates!

Have you installed iOS 16.0.2 on your iPhone? Did you spot any changes not mentioned here? What about new errors and issues or unfixed bugs? Share your feedback and ask for help in the comments!