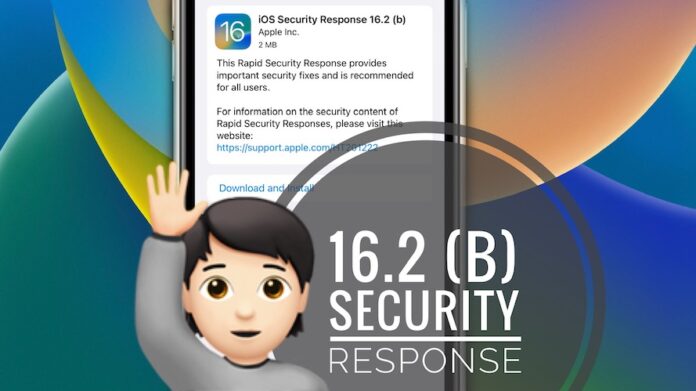 This is most likely another test release, as Apple plans to roll out the Rapid Security Response feature together with the public release of iOS 16.2, expected this December.

The release notes mention the standard “important security fixes” and is recommended to all users messages, that will most likely be a default. for public releases too.

A link to the security content of this Rapid Security Response update is also provided, but it won’t unveil any info, because this is just a test launch. 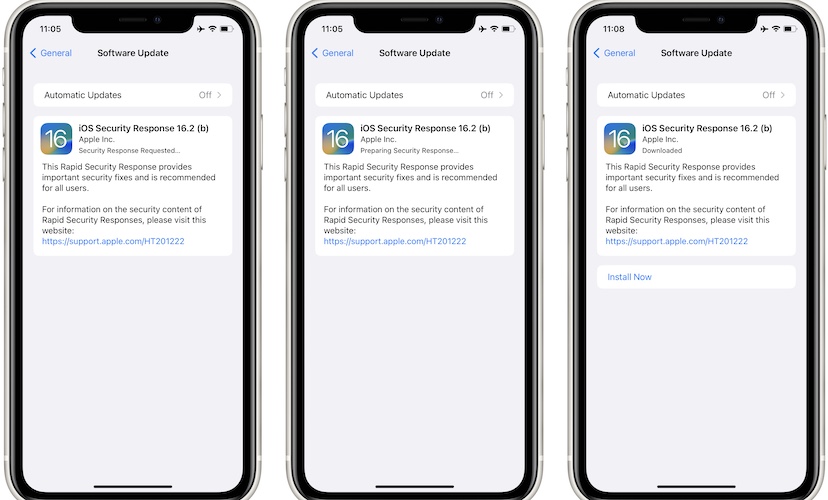 Fact: Version 16.2 b is 2 Mb large and takes a couple of minutes to request, prepare, verify and install.

Does an iOS Security Response update require a restart?

Yes, iPhone will reboot at the end of the process, similar to a regular software update. 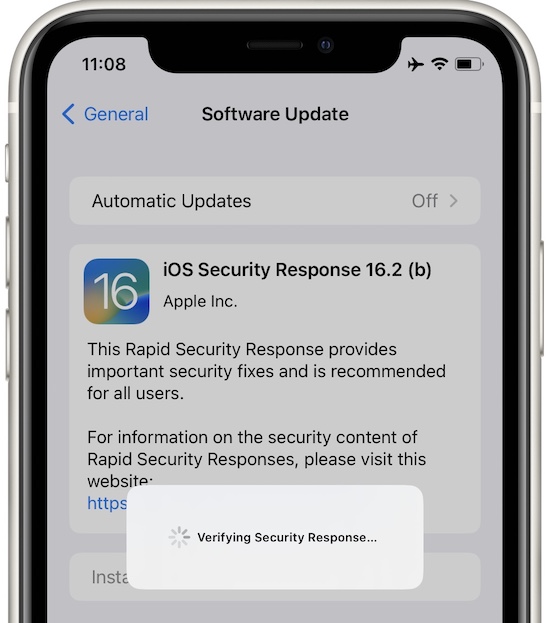 Can you revert an iOS Rapid Security Response Update?

Yes, you can remove it any time in Settings -> General -> iOS Version -> Remove Security Response. 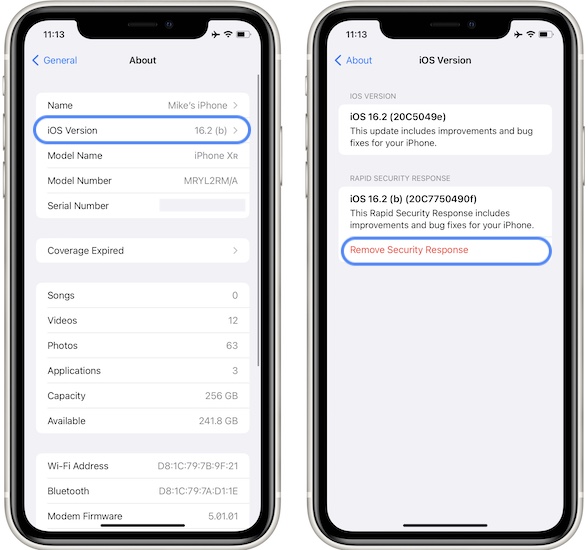 Problems reported after or during this update are listed here:

Have you installed iOS 16.2 b security response update? Do you have any questions or issues to report? Share your feedback in the comments.