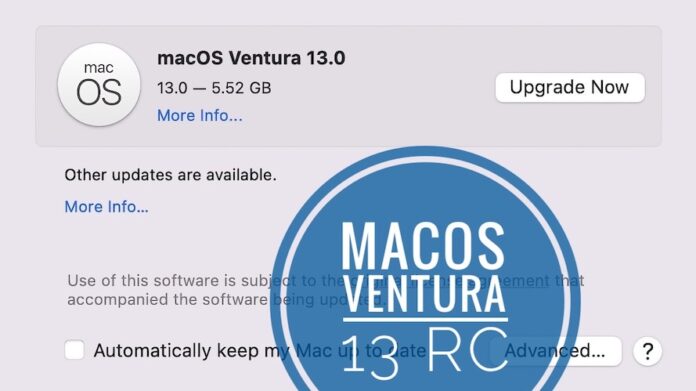 Before you update check the issues reported so far. If you already installed the macOs 13 Release Candidate don’t hesitate to report bugs. We’ll try to replicate, provide troubleshooting options and report them to Apple:

Fact: You can review more known issues in the macOS 13 RC Developer notes.

Apple highlights the following changes in the macOS 13 release notes:

Issues reported during the macOS 13 beta stages and fixed in this release are listed below:

The Release Candidate is available over-the-air for both Developers and Public Beta testers.

You only need to have the macOS Ventura Configuration Profile installed on your Mac. Download it by enrolling to the Apple Beta Software Program as instructed here.

Have you installed macOS Ventura RC on Mac? What’s your feedback? Spotted new features not mentioned in this article? What about bugs and issues? Share your feedback in the comments!