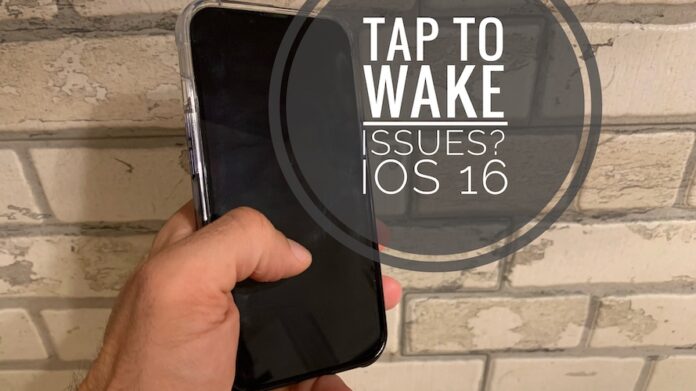 Tap to Wake not working iOS 16

Is Tap to Wake not working properly on iPhone after iOS 16 update? Screen lights up with a few seconds delay after you tap it? Issue persists in 16.1 and 16.1.1 updates? You’re not alone! This unexpected behavior is impacting most devices.

Tap To Wake Not Working iOS 16

This problem has been reported by shijo (iPhone 14 Pro Max):

“When I take my phone out of the pocket sometimes it won’t wake up automatically and i need to click the side button twice. Raise to wake is enabled.”

We can also replicate this issue and have found multiple similar complaints on Reddit:

How To Fix iOS 16 Tap To Wake Issues

Apple will definitely have to fix this unwanted behavior in an upcoming software update. However, until then you can apply the following troubleshooting method: 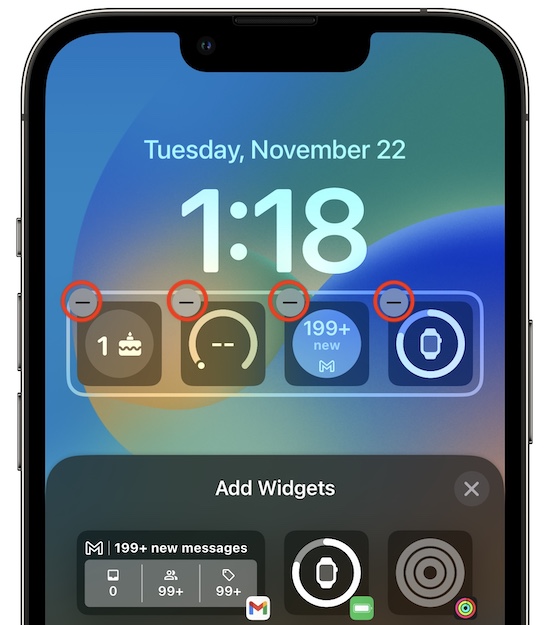 Fact: Tap to wake should work properly without Lock Screen widgets. Apparently this new feature has to be fine tuned to stop delaying the screen revival.

Other Fixes For Tap To Wake Problems

If the problem persists we recommend you to re-enable the feature: 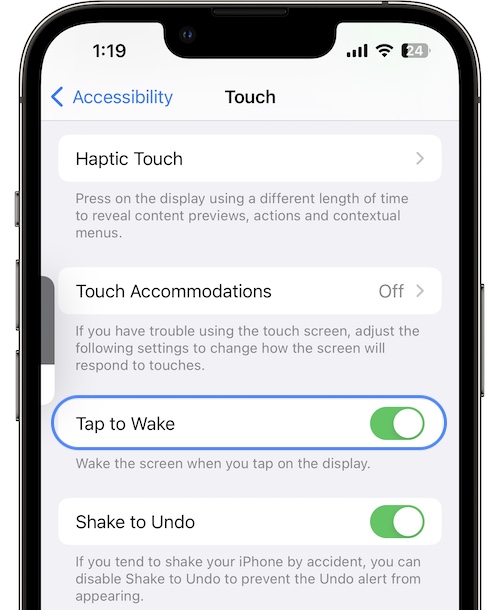 Have you managed to fix Tap To Wake not working in iOS 16? Do you have a better solution or other issues to report? Share your feedback in the comments.

Related: For more iOS 16.1.1 bugs and the available workarounds check our extended review.