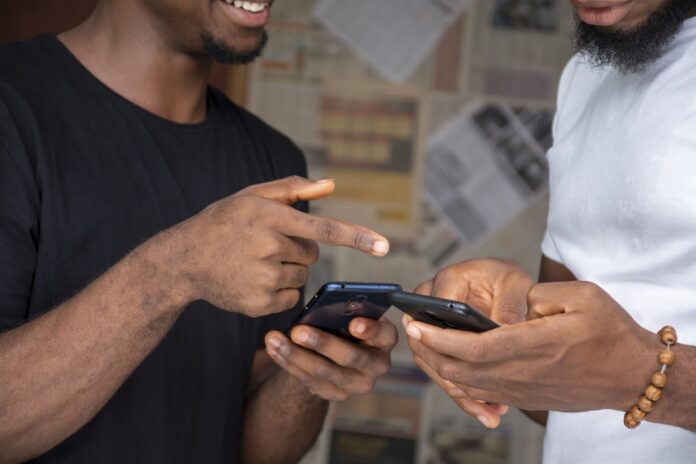 People have been raving about Samsung Galaxy S21 even a year after it was launched. It’s not quite a surprise, though, as it does have great features and performs very well.

Samsung’s tiniest, most affordable Galaxy S21 sets the tone for 2021 and even 2022 phones with style and affordability, and it’s future-proofed with 5G technology so advanced that the networks required to support it don’t yet exist.

The phone’s processor is the new octa-core Snapdragon 888, which is an upgrade from the phone’s predecessor’s chipset. Outside of the United States, the S21 will employ Samsung’s Exynos 2100 processor, which offers almost identical performance.

When combined with the phone’s 8 GB of RAM, either processor makes the phone one of Samsung’s most powerful yet. The performance is more than adequate for casual use, and it handles even the most demanding games and video and image operations with ease.

Furthermore, the new 5G speeds provide significantly quicker download and upload speeds. While 5G coverage isn’t very widespread right now, it will become more widespread in the near future, allowing you to take advantage of the faster speeds.

Additionally, it has great cameras and a sleek design that everyone will surely love.

In spite of it being one of the most affordable Samsung phones, the Galaxy S21 can still be considered a bit pricey.

Is it worth it to upgrade at a factory price of $800? Certainly not if you’re already using the S20. There hasn’t been enough substantial change to justify an upgrade from the prior model. If you have a model older than the S20, you may be debating whether to upgrade to the S21 or stick with the S20’s predecessor.

But, there are better alternatives to this phone. If you want better features or if you want to make a switch, here are some of the best Samsung Galaxy S21 alternatives you might like.

The Google Pixel 6 is a sophisticated midrange phone from Google that can replace the Pixel 5. It sits between Google’s high-end flagship, the Pixel 6 Pro, and the more cheap Pixel 5a With 5G, and for $599, it packs quite a punch in terms of features-to-value. The Pixel 6 comfortably bests the competition and replaces the Pixel 5a with its mix of outstanding camera performance, extended battery life, and unbeatable Android OS. When it comes to its aesthetic design, The Pixel 6 is available in three color options: Kinda Coral, Sorta Seafoam, and Stormy Black. Kinda Coral is a combination of pastel red and pink. Sorta Seafoam is a blue and green color combination. With a monochromatic black screen, Stormy Black is the most muted of the three. The rails on all three phones are matte black. In terms of performance, the in-display fingerprint sensor is comparable to competitors, but it falls short of standard fingerprint sensors or those built into the power button. The Pixel 6 is easier to set up than other Android phones, and after a week of regular use, it detected our fingerprint 90% of the time. It has excellent photo editing features. Its camera is also Google’s best so far. It’s perfect for those who are into phone photography, and of course, with the popularity of social media these days, you’ll be able to capture and share all of the best views around you. However, many users complain that its battery life isn’t as impressive as it doesn’t last long.

If you’ve been an Android user all your life but want a good alternative for the Samsung Galaxy S21, hear this out: the iPhone 13 mini could be the one for you. The iPhone 13 mini is actually Apple’s most pocket-friendly flagship phone. Basically, it’s an iPhone 13 but in a smaller size and much more affordable. That said, you can expect it to perform just as powerfully as its regular counterpart. The iPhone 13 mini supports 4G and 5G networks, and it runs iOS 15 on the new A15 chipset. It also includes two 12-megapixel cameras, one on the rear and one on the front. In every sense, it’s identical to its older sibling, the iPhone 13. The Samsung Galaxy S21 is the same size as a regular iPhone 13, not the iPhone 13 mini, though. This is definitely worth considering, especially due to its price, and if you want a lot of storage space, the iPhone 13 mini offers you up to 128 GB of storage for its base model. However, it has some flaws. One of them is that it has no mask-friendly authentication. For some, this might not be a big deal, but it can be a hassle these days, especially when the pandemic isn’t completely over yet. If you don’t like taking off your mask in public to unlock your phone, this might not be the one for you. Furthermore, the iPhone 13 mini offers fast charging; however, it is limited to 20W, so this might also be a dealbreaker for you.

The OnePlus 9 is a fantastic flagship option that includes nearly all of the features found in more costly devices, such as scorching performance and long battery life. While OnePlus was originally synonymous with “excellent bargain,” the firm has recently expanded in new directions. On one hand, there’s the OnePlus Nord N10 5G, a bargain phone with quad cameras at the cost of performance. The OnePlus 9 Pro, on the other hand, is a real flagship with a price tag of just under $1,000. The OnePlus 9, its less expensive sister, falls within the pricing range that propelled OnePlus to prominence among Android phone manufacturers. It provides outstanding value by delivering flagship-level performance at a somewhat lower price. With the OnePlus 9, OnePlus made relatively few mistakes. It includes a stunning 6.55-inch display, unparalleled performance, and a battery that lasts a whole day before charging in the blink of an eye. Most notably, OnePlus focused on the cameras, enlisting the help of Hasselblad to create high-quality images in a variety of circumstances. There are a few minor flaws to work out, such as motion blur in low-light photographs (no optical image stabilization) and a plastic frame, but these issues shouldn’t deter shoppers looking for a premium experience for under $1,000. If you love phone photography, the OnePlus 9 Astral will give you great cameras, which are better than its predecessors. However, it has no IP water resistance rating, and it also doesn’t offer a dynamically adjusting display.

It’s one of the most talked-about phones in recent memory, and surprisingly for a Xiaomi phone, the focus has been on the design rather than the specifications. While Xiaomi promises that the Mi 11 Lite is the thinnest and lightest smartphone of 2021, does it make it worthwhile to invest in? Yes, it is. The Mi 11 Lite’s lightness and slimness are the first things that will hit you. The light aspect will hit you immediately because the Mi 11 Lite is not a small phone. As a result, when you see a phone that big, you expect something heavier. However, for a phone with a 6.5-inch display, it is extremely light at 157 grams. The slimness of 6.81 mm is amazing as well, but the lack of weight for its size will strike you. When the display and design are removed, the Mi 11 Lite appears to be more mid-range than a luxury. The Qualcomm Snapdragon 778G CPU powers the phone, and while it’s a capable performer, it’s getting a little old now. The phone is available in two RAM and storage configurations: 6 GB/128 GB and 8 GB/128 GB, but surprisingly for such a compact smartphone, you can expand your capacity via a hybrid SIM slot. There is no 5G here, either. Overall, it seems a decent Samsung Galaxy S21 alternative, but its MIUI can be a bit unintuitive. Also, it’s a fingerprint magnet.

If you don’t want to look outside Samsung, fret not. The brand can also offer you a good Galaxy S21 alternative from its line, the Galaxy Note 20 Ultra. The Samsung Galaxy Note 20 Ultra is the most adaptable big-screen phone yet, making it ideal for power users willing to spend a higher price. In the newer Samsung phones, the S Pen has made a huge part in revolutionizing the use of smartphones in this era, but the Galaxy Note 20’s predecessors’ S Pen performance isn’t very impressive. However, the brand made sure to improve it with Samsung Galaxy Note 20, so now, you can enjoy a smoother S Pen performance. What makes this phone really stand out from the rest is its camera. The Samsung Galaxy Note 20 offers a powerful camera that can zoom in on a subject up to 50x. Plus, it boasts laser autofocus, so if you’re into phone photography, this is probably one of the best Samsung Galaxy S21 alternatives you could go for. The best part of it is that it has a fantastic battery life, so no more rushing to the nearest power outlet to charge your phone. Ironically, though, one of its weak points is also its camera. Unfortunately, with great camera power also comes a huge camera bump. It’s not all that easy to make it fit your pocket or your small purse. Also, some users aren’t big fans of the phone’s curved display.

ASUS is a well-known name in the gaming world, with a product line that includes gaming laptops, desktop components, and high-end PC peripherals. With the advent of mobile gaming, it was only a matter of time before the corporation applied its skills to the smartphone industry as well. Whether or not you’re into gaming, the Asus ROG Phone 5S is one of the best Samsung Galaxy S21 alternatives for you. The smartphone in question is powered by India’s fastest processor for an Android phone, making it a gamer’s dream. Should you invest in ASUS’ latest challenger? Well, we’d say yes. Although the ASUS ROG Phone 5s isn’t a genuine all-rounder and will likely face stiff competition from the current crop of flagships as well as the incoming range of Snapdragon 8 Gen 1-powered smartphones, it does make a compelling argument for itself as a true gaming phone. It offers remarkable performance as it’s made up of quality parts on the inside. It also offers an impressive display and speakers to make your mobile gaming experience a lot better. However, since it’s packed on the inside, it can be a bit too tall and heavy to use with one hand, which can be a disadvantage for busy office workers who always hold a lot of files or other things in their hands.   Also, its dot-matrix design is not customizable, so you can’t simply adjust it to your wants. However, all in all, of course, it is a great sub for the Galaxy S21, especially if you’re into mobile gaming.

Foldable phones are making a comeback but, of course, with style and more power. If you’re looking for a foldable phone alternative for the Samsung Galaxy S21, this might be the one for you. With a more durable build and S Pen compatibility, the Galaxy Z Fold 3 appears to be the greatest foldable phone yet, with even better multitasking capabilities. Although the stylus requires a case and the cameras have not been improved, the Galaxy Z Fold 3 appears to be a highly promising device for hardcore users. What’s more, the Z Fold3 is the first water-resistant foldable smartphone, which is wonderful considering how much money you’re pouring into it. The IPX8 designation not only contributes to the device’s peace of mind but also puts it on par with other premium flagships, which are usually IP68-rated.