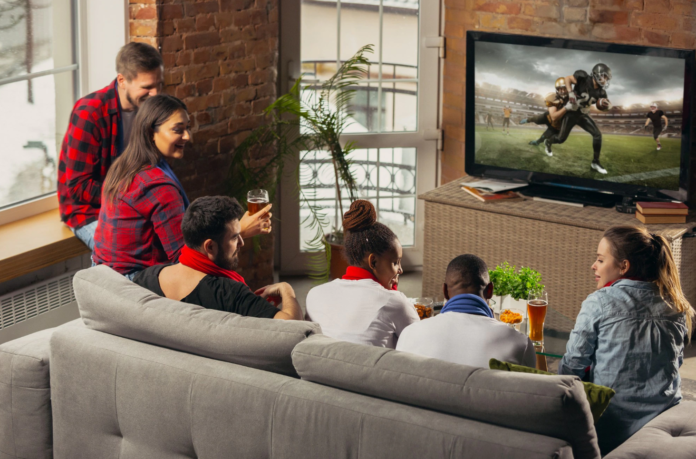 Gone are the days wherein you would need a cable provider to watch your favorite movies or shows on TV. You can watch your favorite content on-demand by subscribing to popular streaming services like Netflix and HBO Max. Of course, some people still prefer to watch live TV, but what some of you might’ve not known is that there are streaming services that offer you access to live TV channels. Since streaming has been getting more and more popular over the years, it’s no surprise that a wide range of companies are offering live TV packages, giving you access to dozens of live channels for a relatively low monthly cost. From sports events to news forecasts, live television is still a must-have for hundreds of thousands of homes, and it’s easy to get started. Before anything, you’ll have to decide if you want a streaming service that is solely for live TV or if you want one that includes on-demand content as well. Looking at all the options available on the market can get confusing, but we’re here to let you the best options you can go for in 2022.

Hulu is a dominating force in the streaming world, and their Live TV bundle is hard to beat—especially if you already pay for the service. Hulu with Live TV would cost you $69.99 per month, and its excellent channel lineup and bundled on-demand services make it hard to beat for the price. Hulu’s Live TV service grants you access to most of the live channels in your area, in addition to a wide variety of national channels, like FX, A&E, and TLC. Hulu’s Live TV marketing also makes a big deal out of its sports offerings, and it’s easy to see why. ESPN and ESPN News, CBS Sports Network, NBC Sports, and much more are all available, which means you can stream games from the NCAA, NBA, NHL, and the NFL, all through the Hulu interface and alongside your favorite on-demand shows. Premium channels are also available for additional fees, so you won’t have to miss out on your favorite HBO classics. Hulu with Live TV also offers some add-on programs, including an enhanced cloud DVR  that allows you to save up to 200 hours of entertainment in the cloud and fast-forward through commercials. Unlike some of the other cable-supplied streaming options, you can easily stream both at home and on the go on supported devices, which means you’ll never miss a game. Hulu’s also available on almost every streaming device today, so your iPhone, Fire Stick, or even your Nintendo Switch instantly transforms into your own personal cable box. Hulu with Live TV isn’t perfect—it’s missing some major channels, including AMC, Nickelodeon, and Comedy Central—but overall, it’s an excellent option for the price.

Youtube has been a successful website for uploading different kinds of videos, and some even watch it more than common TV content. Still, the company hasn’t forgotten about people who loved cable tv, so they created YouTube TV. It is a shockingly full-featured service, with the best interface out of every app on this list, cloud DVR, and one of the largest channel lineups available today. It shouldn’t be too surprising that YouTube’s video player can’t be beaten. The company has taken its general web interface and carried it over to YouTube TV, making for a responsive, clean experience. At $64.99 per month, YouTube TV is priced right in the middle of most of its competition, but with more than 85 channels included at no extra cost. From local channels to kids’ entertainment and, of course, sports, no category has been ignored by YouTube. In fact, it’s hard to find holes in its lineup at all and it’s one of the only live TV apps that includes NFL’s Red Zone add-on, which helps you watch every game of the season, no matter when or where. With all that, plus up to six family profiles, unlimited cloud DVR storage, and wide availability across nearly every app platform, YouTube TV becomes truly hard to beat. For those who want to give the service a try, you can head to their site and avail a free trial.

FuboTV is a standout among its competition because you get more than 100 channels when subscribing to the service. Starting at $69.99 per month for their Pro plan, FuboTV offers users local channels, a wide variety of sports packages, and 1,000 hours of cloud DVR storage. Most of these channels are what we’ve come to expect from live TV services—AMC, FX, SyFy, Fox News, Nickelodeon, and many more. Like any of the apps on this list, you’ll likely find some holes in their coverage, but for most people, $70 per month gives users most of the channels you’d want to watch in 2022, all while allowing for 4K streaming and up to three screens of simultaneous streaming. Customers can also customize their plan and manually select add-on packages for a few extra dollars per month. The sports package steals the show here, offering NFL Red Zone, NBA TV, and the NHL Network for an additional $10 per month. A number of other packages let you add international content, as well as secondary channels like MTV2 and TeenNick. Dig deep enough through FuboTV’s website, and you’ll eventually find a standard plan for $5 less than the Pro option, but without the addition of FuboTV’s cloud DVR and their simultaneous streaming service, it’s hard to justify the small cost-saving it offers. FuboTV also offers an Elite plan for $79.99 per month which has 186 channels, fubo Extra, News Plus, 1,000 hours of Cloud DVR, and up to 10 screens per account. If you want the best of the best, you can get their $99.99/month Ultimate plan with all the extras of the Elite plan, but the difference is you get 222 channels, SHOWTIME, and Sports Plus. Overall, FuboTV gives users a solid offering from a lesser-known name, especially for sports fans looking to cover every major and minor sport played around the globe.

Sling TV is one of the earliest streaming live TV services, and it’s the cheapest option you can get in 2022. It offers two distinct plans for users to help them choose what they’re interested in watching, and both start at just $35 per month. Sling Blue is best for fans of news and entertainment, including channels like Fox News, CNN, and MSNBC. E! and Bravo are also bundled, making it an easy pick for anyone interested in reality TV or celebrity gossip. On the other hand, Sling Orange cuts some news-focused programs for additional sports channels while also throwing in Disney Channel, Disney Junior, and FreeForm for families. ESPN is a significant bonus addition for Orange, but unfortunately, you sacrifice a lot of channels to gain access to it. Both lineups also include some identical channels, like Cartoon Network, AMC, and the Food Network, so you don’t lose out on too many exclusives by picking one package over the other. For those who want the best of both worlds, Sling also offers an Orange and Blue combo package that features both channel lineups for $50 per month. These three plans only provide 50 hours of DVR storage, but you can get more storage space for an added fee. All in all, Sling is one of the best ways to recreate the modular system of cable television online today, although it can get pretty expensive once you add everything together. Sling also lacks most local channels, so you’ll need to purchase an antenna or look for a different plan.

For only $25, Philo is among the most affordable live TV streaming services available on the market in 2022. You should only subscribe to the service if you’re more into entertainment channels because it doesn’t come with most sports or news channels. The plan comes with more than 60 channels, and some of the channels you’ll find on the service are Comedy Central, Lifetime, TLC, AMC, Nickelodeon, and Discovery. Like most streaming services, you will also get to store your favorite content on its DVR storage. You can store an unlimited amount of content, but the only catch is that you can keep them stored for only a year. The Philo plan is perfect for families because you can have as many as ten profiles per account, and three devices can stream content simultaneously. You won’t get any parental controls with the service, so you will need to ensure that your children have adult supervision when they’re watching TV. One crucial thing to expect with the plan is how it will show you ads regularly since they use live channel streams. The company offers potential customers a free trial that would last for seven days.