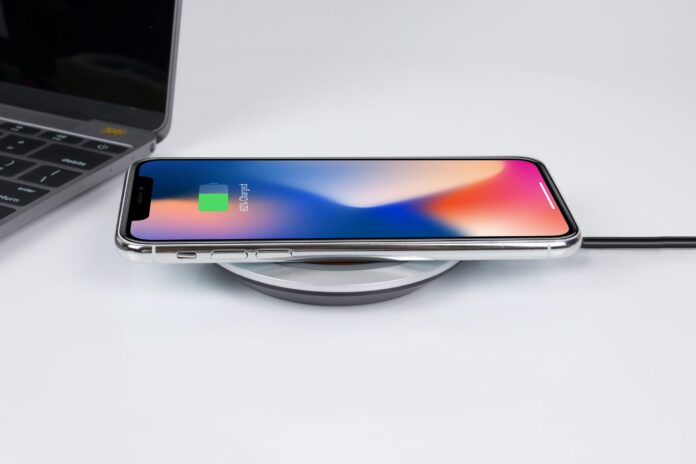 Are you looking for another brand that delivers quality phones at a cheap price? Then you might want to check out the phones that Xiaomi has to offer. As one of China’s top phone manufacturers. The Xiaomi brand is indeed a standout in many ways. The Xiaomi Mi 10 is a high-end smartphone that offers excellent features and performance. It has a large 6.67-inch display, a powerful Snapdragon 865 processor, and up to 12GB of RAM. It also supports 5G connectivity and comes with a fast charger that can charge the device from 0 to 100% in just 65 minutes. It’s one of the fastest chargers out there. Of course, what you’re here for is the wireless charging feature of the phone.  One of the most impressive features of the Xiaomi Mi 10 is its support for wireless charging. The phone can be charged wirelessly at up to 30W, which is faster than most other wireless chargers on the market. The phone also supports reverse wireless charging, which means you can use it to charge other devices like your headphones or smartwatch. The camera system on the Xiaomi Mi 10 is also very impressive. It has a quad-camera setup that includes a 108MP main camera, a 13MP telephoto camera, and two 2MP sensor cameras. This allows you to take some stunning photos and videos with the phone. While impressive, the camera does lag a bit behind the competition but that’s all good however. It’s still an impressive camera nonetheless, especially for a phone of its price. Overall, the Xiaomi Mi 10 is an excellent smartphone that offers great features and performance. If you’re looking for a high-end phone with wireless charging and 5G connectivity, then the Xiaomi Mi 10 is a great option. It’s fast-charging times and amazing features are certainly hard to expect from a phone at this price.

You may have heard of One Plus before. They’ve had a great selection of phones over the last couple of years. Despite the small price, their phones are always equipped with neat and amazing features. Here we introduce the One Plus 9. One Plus 9 is one of the newest phone from the Chinese manufacturer and it comes with a lot of new features. The biggest change is the switch to wireless charging, which was the first for the company. OnePlus has also included an IP68 rating for water and dust resistance. The One Plus 9 sports a 6.55-inch AMOLED display with 1080p resolution and 120Hz refresh rate. It is powered by the Qualcomm Snapdragon 865 SoC, paired with 8GB of RAM and 128GB of internal storage. The phone runs on Android 11-based OxygenOS 11 out of the box. The phone is fast and very reliable at the same time. It’s tough to find another phone that offers these qualities at this price range. In terms of optics, the One Plus 9 has a triple camera setup that includes a 48MP primary sensor, a 16MP ultrawide sensor, and a 2MP depth sensor. On the front, there is a 16MP selfie camera. The camera quality is surprisingly well for phone of this size. It’s a great bonus especially if you’re only looking for a wireless charging phone. The One Plus 9 is backed by a 4,500mAh battery and supports Warp Charge 65T fast charging. Other features include 5G connectivity, Bluetooth 5.2, GPS, USB Type-C port, and an in-display fingerprint sensor. It has a great battery life and quick charging which makes this phone one of the best out there in terms of longevity. OnePlus 9 offers great value for money with its top of the line specifications and features. The phone is a great option for those who are looking for a powerful smartphone with wireless charging support.

The DOOGEE S88 Pro is one of the most well-rounded and feature-packed rugged smartphones on the market. It’s got a huge battery, wireless charging, an impressive camera, and it’s even IP68 and MIL-STD-810G certified.

But with all of that said, there are still some areas where the DOOGEE S88 Pro could be improved. The display, for example, could be better. And the overall design isn’t particularly sleek or stylish.

But if you’re looking for a rugged smartphone that can do just about everything, the DOOGEE S88 Pro is a great option.

The DOOGEE S88 Pro has a 6.3-inch display with a resolution of 1080×2280. That works out to an aspect ratio of 18.5:9. The display itself is an IPS LCD panel, and it’s reasonably bright and vibrant. However, it’s not the best display on a smartphone by any means.

For one, the maximum brightness isn’t particularly high. And secondly, the colors aren’t as

The design of the DOOGEE S88 Pro is fairly standard for a rugged smartphone. It’s made entirely of plastic, with a textured back panel that’s designed to improve grip. The phone is also IP68 and MIL-STD-810G certified, which means it can withstand dust, dirt, and water.

However, the design isn’t particularly sleek or stylish. In fact, it looks a bit dated when compared to other smartphones on the market.

The DOOGEE S88 Pro has a dual rear camera setup that consists of a 16-megapixel primary sensor and an 8-megapixel secondary sensor. The camera app is simple and easy to use, and it takes decent photos in most situations. However, the low-light performance could be better.

One of the best things about the DOOGEE S88 Pro is its huge 10,000mAh battery. With normal use, the phone can easily last for two days on a single charge. And with more intensive use, it will still last for a full day.

The battery life is impressive, and it’s one of the highlights of the DOOGEE S88 Pro.

Overall, the DOOGEE S88 Pro is a great option for those who are looking for a rugged smartphone. It’s got a huge battery, wireless charging, an impressive camera, and it’s even IP68 and MIL-STD-810G certified.

However, there are still some areas where the DOOGEE S88 Pro could be improved. The display, for example, could be better. And the overall design isn’t particularly sleek or stylish.

But if you’re looking for a rugged smartphone that can do just about everything, the DOOGEE S88 Pro is a great option.

The long-awaited iPhone SE is finally here, and it was worth the wait. This budget-friendly device has everything we loved about the original SE, plus some great new features like wireless charging and an improved camera.

We were really impressed with the overall build quality of the SE. It feels solid and well-made, despite being one of the more affordable options on the market. The 4.7-inch Retina HD display is bright and clear, and we love that it still has Touch ID built into the home button.

One of our favorite new features is wireless charging. This is something that’s been available on more expensive iPhones for a while, but it’s great to see it finally make its way to the SE. It’s a game-changer in terms of convenience, and we know a lot of people will appreciate not having to fumble with Lightning cables any more.

The camera is another big selling point for the SE. It’s been significantly upgraded from the original model, and it now includes Portrait mode and 4K video recording. We were really impressed with the quality of the photos and videos we were able to capture, and we think most people will be more than happy with the results.

Overall, we think the new iPhone SE is a great option for anyone who wants an affordable yet powerful smartphone. It has all the features you need, without breaking the bank. We can’t wait to see what Apple does with future iterations.