Apple has released tvOS 16.3 build number 20K650, which is the same build as the RC, although it comes one day later than expected and one day sooner than rescheduled!

Tip: Considering that Apple hesitated with releasing this update and then released the same build as the RC, makes us recommend you to refrain from updating until we start receiving more feedback!

Ongoing problems and new bugs reported by users are tracked here, along with available workarounds: 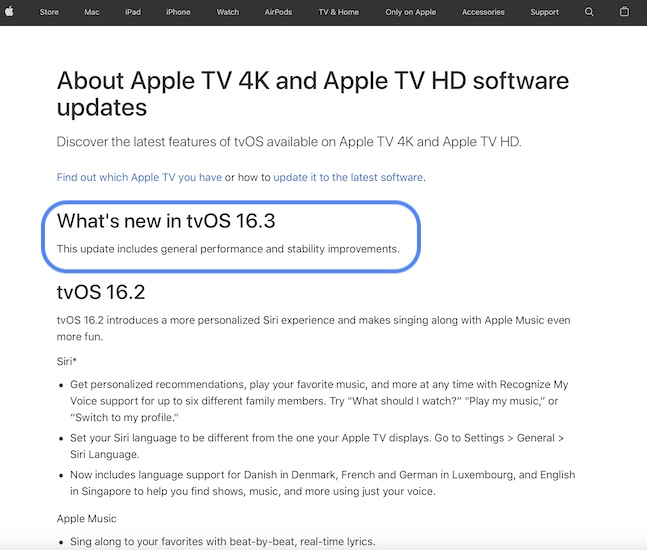 Changes and improvements reported by users are tracked here:

Problems addressed in this update are highlighted below:

Security Fixes: Apple has just updated the security content for tvOS 16.3, after a 3-hour-long delay, which proves one more time that this release did not go according to plan! 10 vulnerabilities have been patched. Check them out here!

Have you installed tvOS 16.3 on Apple TV? What’s your feedback? Are you encountering any new problems? Have the old bugs been fixed? Share your feedback in the comments!