Posted in Errors and Issues by Mike on September 15, 2022

Unable to Check for Update iOS 16.1

Are you getting the Unable to check for Update error while trying to update software on iPhone or iPad? Popup informs that an error occurred while checking for a software update and gives you the option to Cancel or Try Again?

Unable To Check For Update Error 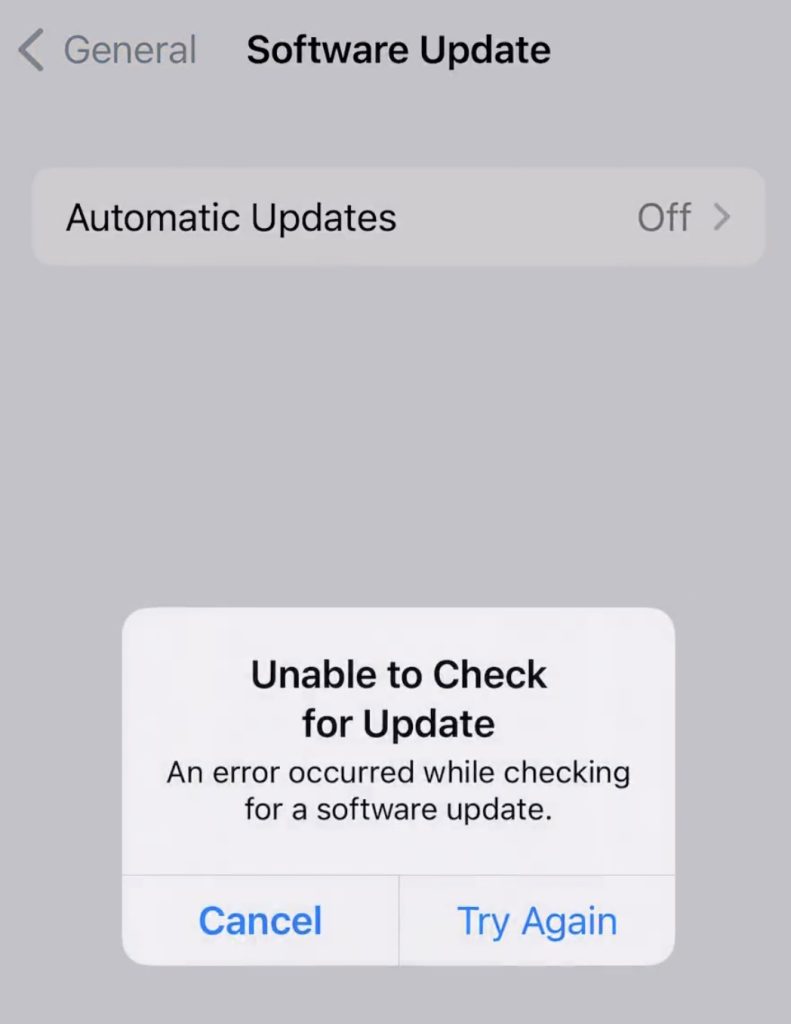 This issue has been reported by Lars on our iOS 16.1 beta review page:

“Unable to check for update error when trying to search for Software Update.”

Problem has been confirmed by Pulin and Javier:

We could replicate too and it seems that we’re dealing with a widespread bug, as we’ve seen similar reports on Twitter.

How To Fix Unable To Check For Update

Tap Try Again and the error will pop up in a loop! Going for Cancel and restarting device doesn’t fix it either! 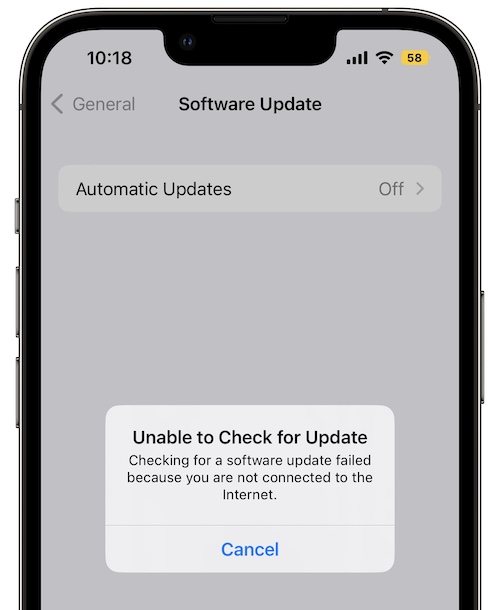 The issue can be triggered if iPhone isn’t connected to the Internet. However, if this is the case the text of the popup is slightly different, as seen in the screenshot provided nearby:

Fact: A reboot could bring your device back online! Use the force restart trick.

This error was fixed in the past, by removing TestFlight apps and reinstalling them.

However, we’ve tried this workaround in iOS 16.1 beta and the ‘Unable to check error’ still shows up. Does it work for you?

The error is most likely caused by an erroneous setting on Apple’s servers. It might be fixed by Apple, server-side, before iOS 16.1 Beta 2 is released. We’ve reported it using the Feedback app.

Extra Fix: If that’s not the case, there’s also the option to connect iPhone to Mac or Windows computer and update to the next version via Finder or iTunes.

Have you managed to fix Unable to check for Update iOS 16.1 error? Do you have a better solution? Use the comments section and share your feedback!