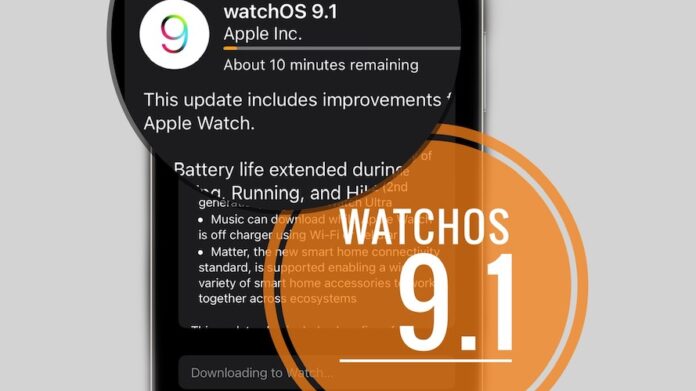 Apple has released watchOS 9.1 build number 20S75 for Apple Watch4 and later. This update includes new features, improvements and fixes! Check out what’s new, review the problems fixed as well as any other new issues. 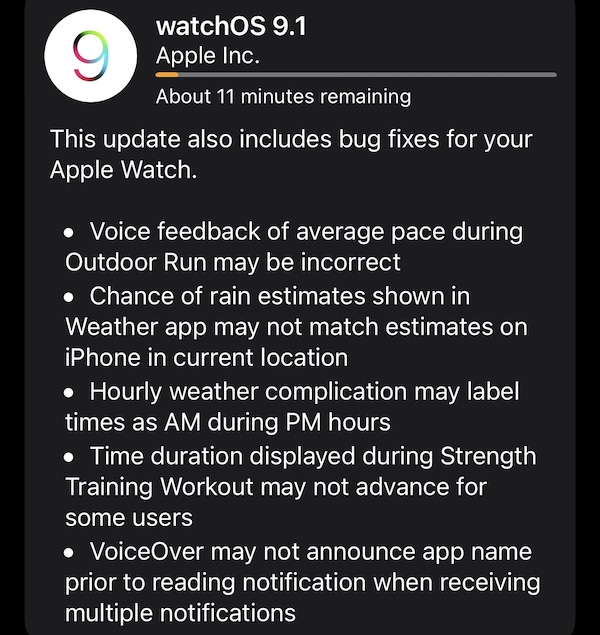 According to the release notes Apple has patched five bugs in this update:

Other issues fixed and not mentioned in the release notes are listed here:

Fact: watchOS 9.1 also addresses a bunch of security issues. You can review them all in Apple’s security note.

New problems that surface in this version are listed below, along with available fixes or workarounds: 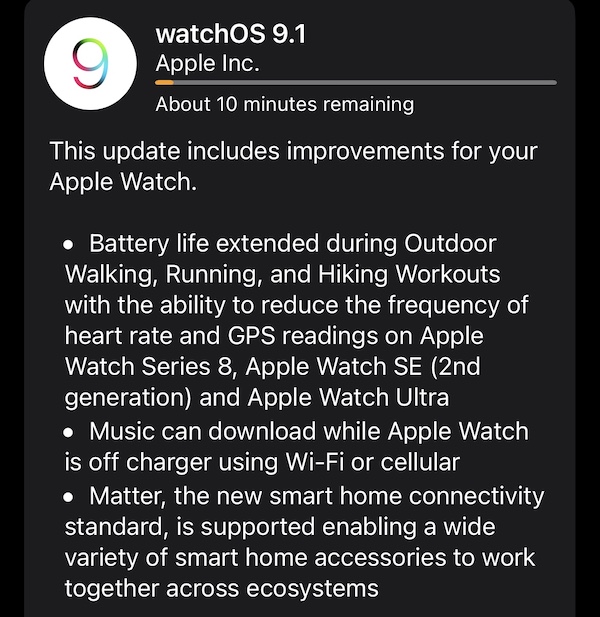 The release notes mention a few improvements including:

This update is available, over-the-air in the Watch app on the paired iPhone:

Have you installed watchOS 9.1 on Apple Watch? What’s your feedback? Did you notice any other changes that aren’t mentioned in this article? What about new bugs? Share your findings in the comments!