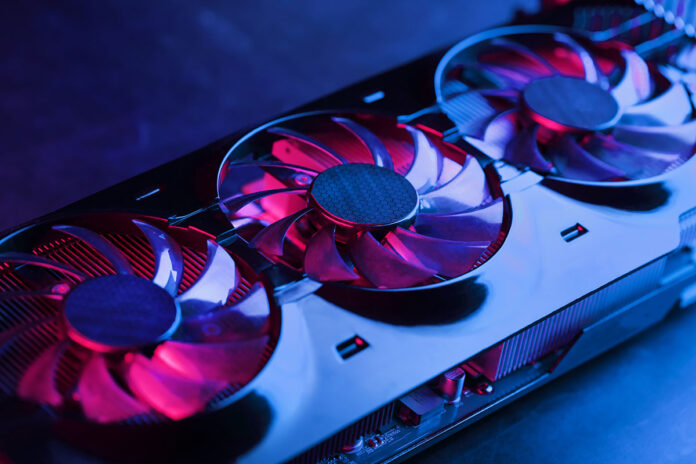 Those who build gaming PCs often wonder about ray-tracing. Getting a game is convenient, but GPUs are an expensive investment, and you’ll need to make the right choice. While the selections right now aren’t the largest, you still have several to choose from.

Look no further if you’re wondering what current GPUs have ray-tracing capabilities. Aside from NVIDIA’s RTX cards and high-end AMD Radeon RX cards, you have some surprising options. Read on to find out more.

Ray-tracing isn’t brand-new technology in the gaming industry, though it took until around 2018 for GPUs to implement it efficiently. Before the release of NVIDIA’s RTX GPUs, it wasn’t worth using because your card couldn’t handle it very well.

You can think of ray-tracing as a way to enhance the lighting, though there are many ways to do so. Diffused lighting is a sought-after ray-tracing method that involves rays of light bouncing off surfaces and then reflecting onto others. This image is incredibly realistic, as it mimics how light works in real life.

Many games also apply ray-tracing to shadows and environmental effects to further improve the image, creating an image that significantly enhances immersion, but the differences may not be that obvious without a “before and after” screenshot side-by-side. It may be subtle, but ray-tracing makes games beautiful.

Ray-tracing can work alongside other effects to improve image quality or optimize performance. Deep Learning Super Sampling (DLSS) is another common term when looking at ray-tracing GPUs. This technology is designed to lessen your GPU load while maintaining a crisp image.

With DLSS, your computer upscales the video signal and applies anti-aliasing to a lower resolution instead of rendering everything at 4K, for example. Therefore, you can spare more power for ray-tracing and higher graphics settings without missing out on performance.

DLSS comes in 1.0, 2.0, and 2.1 versions. Some games use the older version, while many modern AAA titles can use the other two. Due to popular demand, some games are scheduled for upgrades to DLSS 2.0.

As the kit’s demanding, we don’t recommend playing games at 4K resolution when enabling ray-tracing. The best performance is around 1080p or 2K since cards today struggle to render games at native 4K with DirectX Ray-tracing.

Currently, 4K 120 with ray-tracing is impossible, as an RTX 3090 already struggles to reach 80FPS at 1080p. This holy grail of gaming will only arrive after years of development.

As mentioned, your games can apply ray-tracing on several parts of the image, but that’s not standard. Many games enhance shadows, global illumination, or reflections only. Too much would overload the GPUs, and that’s something you don’t want.

A benefit of getting a current-generation ray-tracing-ready GPU is that they’re also powerful for intensive gaming. Even if your games don’t support ray-tracing, you can still enjoy Ultra or High graphics.

Aside from the GPUs that started the ray-tracing revolution, the NVIDIA RTS series, two more categories support the technology. The strongest AMD Radeon RX models will also allow you to turn the option on, but there are caveats. Some older NVIDIA GPUs can also run ray-tracing, though at an inferior level.

Here are three lists of GPUs that have ray-tracing.

Next are the AMD GPUs.

Finally, you have the older NVIDIA GPUs that have software-level DXR.

The Differences Between All Categories

As a whole, the NVIDIA RTX 2000 and 3000 series will have the best results, even on laptop versions. Since NVIDIA is on its second generation of ray-tracing-ready GPUs, the company has made many improvements, and the 3000 series of graphics cards are quite powerful.

These GPUs use hardware-level ray-tracing, which is the ideal way. NVIDIA implements RT cores that handle the feature itself. These cores are dedicated to ray-tracing only and won’t be used for other functions.

Many of NVIDIA’s RTX GPUs are compatible with DLSS, so they tend to outperform AMD’s products.

The Radeon RX series is AMD’s entrant in the GPU war and is the company’s first generation of ray-tracing-ready GPUs. While capable of ray-tracing, these GPUs pale in comparison to those its competitor sells. Even the RTX 2080 runs better than the RX 6900 XT.

AMD uses Ray Accelerators to handle ray-tracing, but these cores aren’t specialized components. Your system will also use them for other purposes, which lowers overall ray-tracing performance.

Fortunately, the Radeon RX series isn’t entirely without merit, as they boast high clock speeds and more. In early 2022, the company released FidelityFX Super Resolution (FSR), its answer to DLSS. While not as powerful, AMD is already aiming to catch up with NVIDIA.

Due to the lack of cores, GPUs don’t inherently support ray-tracing at launch. It was only after the introduction of the RTX GPUs that NVIDIA released new drivers for these older cards.

Today, these GPUs can run a limited form of ray-tracing, but we don’t recommend buying these cards to enjoy the technology. By using software-based ray-tracing, these older cards can achieve a fraction of what an RTX card can do. We only recommend using the feature on these GPUs if you already own a computer that has one installed.

For example, you gain better performance and value with an RTX 3080. The effects with older cards are poor even compared to AMD’s Radeon RX GPUs.

Currently, all of the NVIDIA RTX cards above the 3060 are excellent for ray-tracing or high-end gaming in general. These GPUs have all the VRAM and speeds to run games at consistent framerates, even with ray-tracing turned on. To play at 4K60, you’ll need anything above an RTX 3080.

For AMD fans, we recommend the Radeon RX 6800 XT and 6900 XT. These two are fast GPUs that handle ray-tracing well. The lower-end models aren’t terrible, but they won’t reach the graphics settings hardcore gamers want.

One problem is that many games are optimized to work with NVIDIA’s ray-tracing hardware and software. Very few titles today are made for AMD GPUs, so more often than not, you’re going to get an RTX GPU.

The Future of Ray-Tracing GPUs

NVIDIA’s next generation of GPUs is the RTX 4000 series, of which you can expect an incredible performance boost. These new cards will have NVIDIA Reflex and DLSS features that improve performance. While highly anticipated, rumors suggest that these cards require new power supplies.

AMD isn’t far behind, as its Radeon RX 7000 series will come with RNDA 3 architecture, slated to provide impressive boosts. Of course, AMD isn’t content with its current ray-tracing situation, so you can rest assured that the company will learn from its mistakes. Their GPUs have been known for speed, and many are excited to see what these new GPUs bring to the table.

In a surprising turn of events, Intel has entered the GPU market with its upcoming Arc Alchemist GPUs. There’s not much concrete information available right now, but the community agrees that some models will have ray-tracing capabilities.

Intel’s ray-tracing comes in both DirectX and Vulkan types, so you can run practically every AAA title that uses ray-tracing today. The company also has an answer for NVIDIA DLSS and AMD FSR, called Intel XeSS, which will come after the GPUs themselves. These GPUs will also come in desktop and laptop versions.

Intel’s sudden arrival has thrown the gaming community into quite a frenzy. Many can’t wait to see how products from all three companies compete and whether Intel’s attempt is successful.

Implementing ray-tracing on a large scale is only in its early stages, and many games are being released with ray-tracing support. There are fewer than 30 GPUs that support the feature, but that number is set to increase soon. The future is bright, and gamers will have more products to choose from.