Posted in Apps or Games, Errors and Issues by Patricia on December 25, 2022

YouTube overheating iPhone when playing videos in Picture in Picture mode? Device gets really hot after updating to iOS 16 and you have to stop playback to avoid battery damage? You’re not alone!

This issue has been reported by Jonathan (iPhone 8 Plus and 14 Pro Max):

“Excessive heat with IOS 16.2 when running YouTube in “picture in picture” mode on top of any other app (or home screen)? Heat goes away after going back to full screen.”

We could replicate the problem and have seen several other complaints on Reddit:

“My iPhone 14 pro max is getting really hot while viewing YouTube vids in Pip , been an issue for a while now and on the latest iOS update.”

This issue keeps surfacing across subsequent iOS 16 updates, and we’re still hoping that it will be addressed in an upcoming update. Until then here is what you can do to avoid it:

The first thing that you should do is stop playback immediately!

If that’s not possible, make sure that you return to the app and continue watching in full screen mode. You can also use the small in-app video player as long as you don’t exit the app a PiP is enabled. 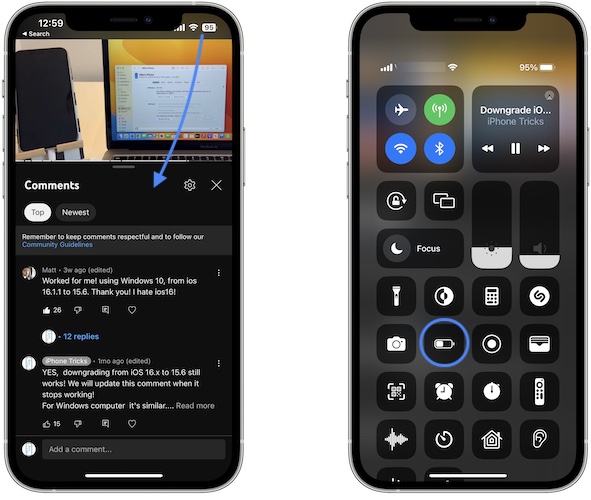 Apparently, the overheating issue is avoided when YouTube PiP is used with iPhone in Low Power Mode!

Credits: Thanks hasht4g for sharing this workaround.

Another temporary fix requires you to downgrade the video playback resolution: 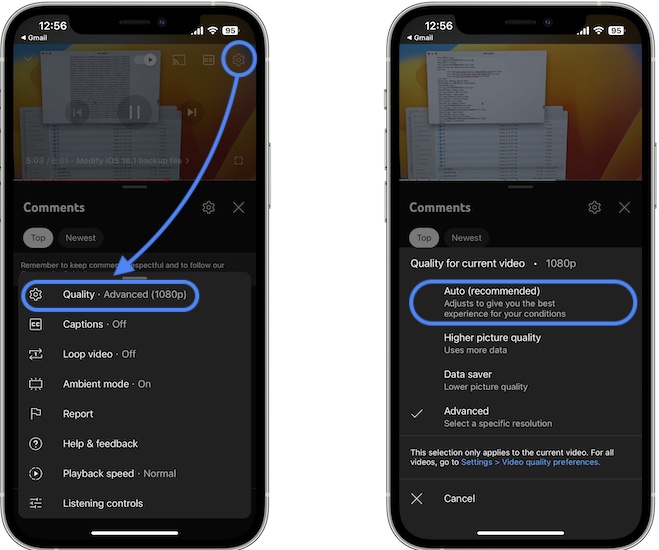 Important: If iPhone continues to get hot when watching YouTube picture in picture stop watching. Heat has the worst influence on batteries. If device continues to overheating battery might degrade faster than usual!

Google has made this a premium feature for iOS users. It means that you have to be a premium YouTube subscriber to be able to play picture-in-picture videos on iPhone!

Have you managed to fix YouTube PiP overheating iPhone in iOS 16? Do you have a better solution or other problems to report? Share your feedback in the comments.